UX Meetup Debrief with Christine Loft Hunderup. “We went from idea to app in 23 weeks – something previously unheard of in the banking industry where compliance is everything”.

Claus Venlov, CEO
01-11-2018
We went from idea to app in 23 weeks – something previously unheard of in the banking industry where compliance is everything

On Preely UX Meetup #12 to Chief Digital Officer, Christine Loft Hunderup, talked about her experience with setting up and leading a digital transformation unit in Nordea Liv & Pension. Close to a 100 industry professionals had the pleasure of learning more about design sprint, co-creation, and how to implement an agile and fail-fast approach in a well-established company culture. In this article you can read a full resume of her presentation, access her slides, and watch the full talk 1080pHD video.

Design thinking and co-creation with customers
Christine’s journey with Nordea Liv & Pension (NLP) began back in April 2016, where she was tasked with setting up a digital transformation unit within NLP.

The purpose? To decrease time-to-market, increase innovation, and ensure co-creation with customers. Overall, the digital unit was to work with identifying and implementing agile methods that could accelerate the digital transformation across the whole organization. 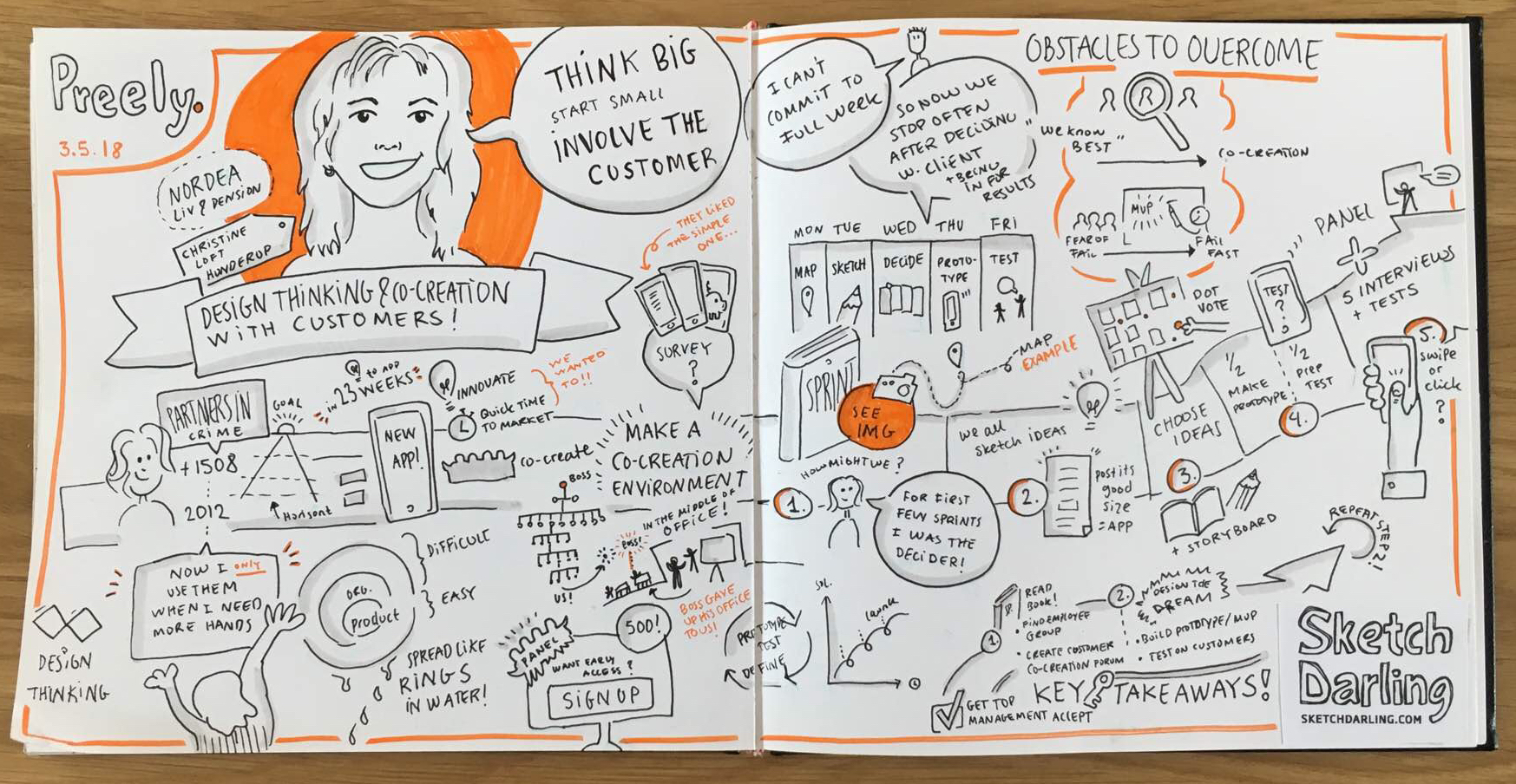 How do you implement an agile and fail-fast approach in a well-established company culture?

A central element of Christine’s talk was centered around the challenge of culture. How it can be a challenge to acceleration digital transformation, and how to overcome it.

As Christine underlined several times, this is especially a challenge in the banking world. An industry, which is known for being highly traditional, conservative in its approach to the market, strict about compliance, and careful about taking risks. In many cases, not the ideal environment for a fail-fast approach.

Despite the strategy coming from above, the unit decided to apply a bottom-up approach to grow digital transformation and co-creation into the culture if NLP. It entered around internal communication and involvement of employees. Christine invited select employees from the whole organization to participate in the work of the unit, and this way become digital transformation ambassadors in their own departments.

Additionally, the digital unit set up shop where they could have the most touchpoints with across the company. Christine impounded the office of her boss to make a designated design and co-creation area in the heart of the organization, established an open-door policy, and invited colleagues to give inputs as much as possible.

Thinking about the users first

Until 2016, NLP had mostly relied on input from sales and marketing in new product development. NLP needed to start thinking about problems and needs of end-users before considering internal capabilities and complications – a relatively new idea in the banking world.

This involved relying on customer feedback and inputs so that a co-creation approach could be used to answer critical business questions and drive the digital acceleration at NLP.

To achieve the goal of co-creation, the digital unit set up a test panel of customers, who could be used to test ideas. Through an opt-in form on the website and a promotional email that asked customers to participate, the team quickly build of customer panel of 500 volunteer testers. The panel was to be used repetitively for testing prototypes and ideas, and when used delivered an impressive completion rate of up to 20%.

Minimum viable products and googles 5-day design sprints One of the methods, the digital unit applied to decrease their time-to-market, was Google Ventures 5 day design sprint.

The goal of a design sprint is to answer critical business-questions through short 5 day sprints of rapid ideation, prototyping, and user testing. The 5 day sprint has five steps (days): 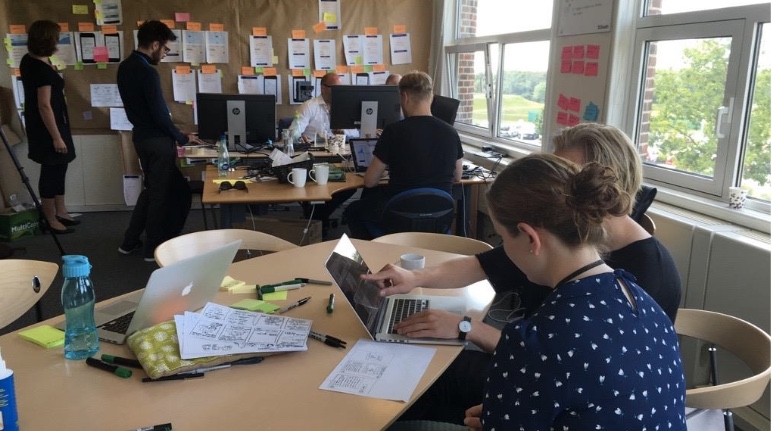 Read also: How to use Preely for your 5-day design sprint

Through the design sprint, the team is working closely with customers, who tests the proposed solutions on the final day. For the digital unit, this is where the co-creation happened. As ideas turned into prototypes, they were tested with the customer panel and refined to fit the specific needs of the customers. It also meant that solutions and features weren’t predetermined, but instead co-created with the customers.

After analyzing and concluding on the feedback, a new design sprint or a new test would typically be held to further improve on the digital solutions.

This lead to a new and faster process of developing digital products in Nordea Liv & Pension. Instead of delivering a 100% product over an extended period, which was previously the case, 80% minimum viable products was continuously launched, tested, and refined until they worked for the users. It did not only speed up innovation, but it also made digital solutions more user-driven.

Achievements of the digital transformation unit

Christine Loft Hunderup is still the leader of the digital unit, but today their method of digital transformation has spread throughout Nordea Group locally and transnationally. Internal measures of innovation capabilities have increased significantly.

One of the keys to success was the team setting up specific user KPIs for success that made it possible to measure results but also worked as tangibles to show relevant stakeholders.

Also, Nordea Liv & Pension saw a remarkably reduced time to market. On the first projects that were created together with the customers, a pension app, was, despite long and complicated development, was launched in only 23 weeks – something previously unheard of on the banking industry.

Christine has worked with business development and digital communication in the insurance and pension industry for more than 15 years.

As the Chief Digital Officer, she is responsible for driving digital transformation and executing digital strategy at Nordea Liv & Pension through agile methods, design thinking and co-creation. She holds a master degree in actuary science and a graduate diploma in administration.

Christine is regarded as a specialist in customer solutions, was nominated to for the Copenhagen Fintech Innovation Award in 2017 and shortlisted for the Danish Design Award 2018 in the category “Message Received”.