The last decade I have conducted countless user tests on websites and other digital products. Every test has on average lasted between two and 100 minutes. In retrospective, my experience is evident:

And here is why I think so:

Changing plans are better than replacing the code

In my opinion, it is optimal to test early in the development process. Naturally, you will test less stuff, but you will test it in time for the results to be a part of the developer’s work.

Testing in time also means that you will be able to redirect the development team, way before it has gone too far in the wrong direction. Said in another way, you will only have to change your plans, not your code.

You don’t have to wait for the huge and extremely important user test, where everything will make sense or not. That’s unrealistic expectations to have to a user test.

In most instances, this type of grand user tests will anyways be conducted too late, which means the results probably won’t be implemented anyways.

Read also: Here is why you should test your early prototypes.

Showcase your results to relevant stakeholders earlier You, or your boss, will have something substantial to report to the next meeting – what’s already accomplished, what challenges to be overcome and where your process is heading.

Not only will this make reporting more reality-bound, but it will also help unifying all stakeholders around your status quo, your direction, and your challenges.

Imagining having to handle a ton of feedback that results in having to manage many changes at once. Typically, this is what happens after the vast and complex test.

On the other hand, with the quick user tests, changes suddenly becomes manageable. It is much more straightforward to cleat your logs one at the time, and you will not be so worked up, that you decide to prioritize and forget about the rest.

You can test iteratively!

Wow, that sounds agile and modern. Well, it is, and it’s also what they write about in the books, on blogs, and in youtube videos.

But by putting my money on quick user tests, my experience has told me, that the chance of testing the product on real users significantly increases – and that in itself is a giant leap for most digital projects.

Bio: Lena Egede er Cand. It. with more than ten years of experience as a UX Consultant. Lena has been leading TDC’s usability work with eye tracking tests and has performed more than 150 user tests on Borger.dk 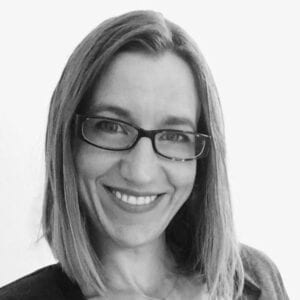 Processed with VSCO with g3 preset

What we learned at Interact